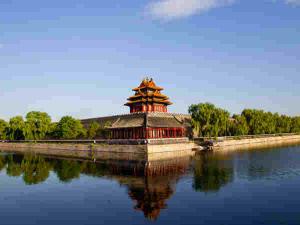 The Forbidden City also named the Palace Museum,occupies the central part of Beijing municipality. It was the imperial palace of Ming and Qing dynasties. Its construction began in 1406, it has a history of about 600 years. Over the years after its completion, 24 emperors rulede the whole country from here for nearly 500 years.

In the Forbidden City, there are magnificent nearly halls, quiet pathways secretplaces where important matters were discussed and imperial Garden for the emperor and his family as well as impossing halls and open squares.